Recruitment is currently OPEN! Below are the classes that we accept.
Open 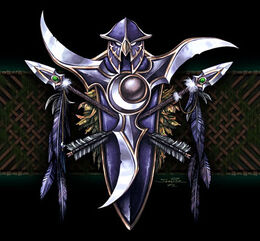 Not long after the night elf druids entered the Dreamways of Ysera's Emerald Dream, high priestess of the Sisters of Elune, Tyrande Whisperwind, assembled a powerful fighting force from amongst her night elf sisters. The fearless, highly trained warrior women who pledged themselves to Kalimdor's defense became known as the Sentinels. This period in history became known as the Long Vigil, and ended when the druids were awakened prior to the battle for Mount Hyjal.

These warrior women practice both the art of combat, as well as that of healing and life-giving in the name of Elune. The Sentinels are considered the elite fighters among the night elves. They are led by the priestesses of the moon under the high priestess, Tyrande Whisperwind, and her lieutenant, General Shandris Feathermoon. The Sentinels are comprised of elite night elf archers, a cavalry division known as the huntresses who ride the feral nightsaber panthers, and the mighty hippogryph riders, who assault enemies from the air.

The Sentinels, the backbone of the Army. These brave forces are experts in their areas, and use the concealing forests of Kalimdor to their advantage. Their lightning quick ambushes are legendary - for few warriors can match the speed and cunning of the proud Sentinels. Drawing their strength from the moon goddess, Elune, these warriors, ride the feral Nightsaber panthers into battle. Sentinels are strong, swift, and merciless to those who would defile the sanctity of the Kaldorei lands.